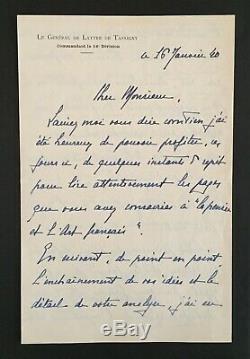 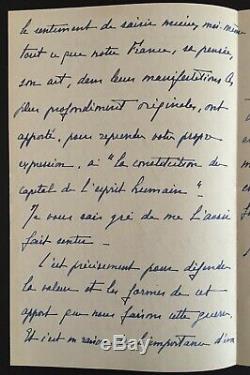 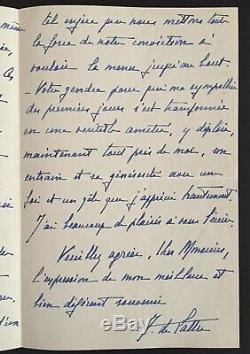 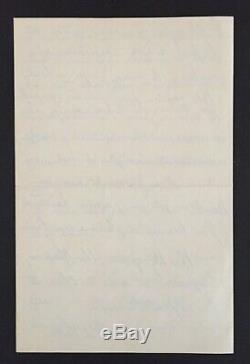 Jean de Lattre de Tassigny - beautiful France Marshal autograph letter signed - 1940. Jean de Lattre de Tassigny, hero of the second world war, companion release, he was raised to the dignity of Marshal of France posthumously. During the first world war, he received eight quotes, the Legion of Honor and the Military Cross. Youngest general in France, it stands up to German and continued to fight until the armistice of June 1940. When the free zone is invaded November 11, 1942, he was arrested and convicted for refusing orders not not fight given by the government and one general activity to do, ordered his troops to oppose the Germans.

It is the only French general of the Second World War to have ordered large American units. It is the French representative at the signing of the German surrender in Berlin, May 8, 1945, along with Eisenhower, Zhukov and Montgomery. Superb autograph letter signed by 16 January 1940 addressed to the famous poet and writer Paul Valéry, 3 pages, in his head. Building on valéry writings on \ he value and form of this contribution we make this war. And it is because of the importance of a challenge as we put the full force of our conviction to want the lead after Completion.