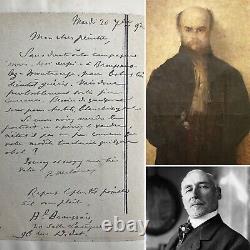 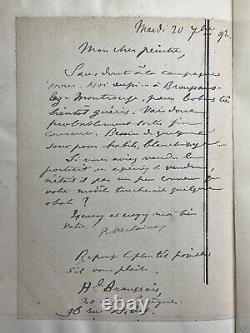 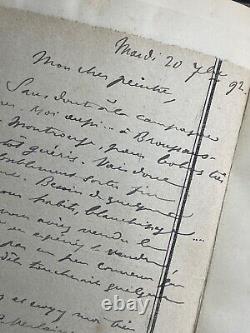 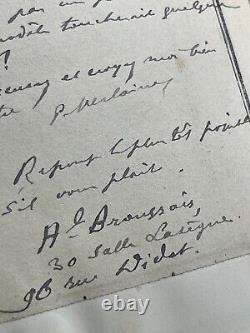 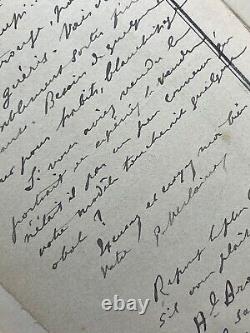 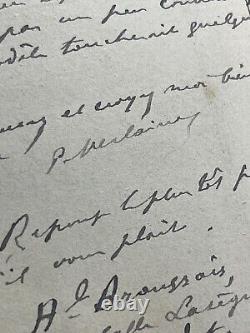 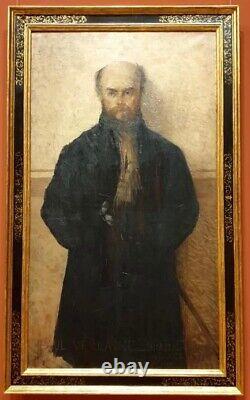 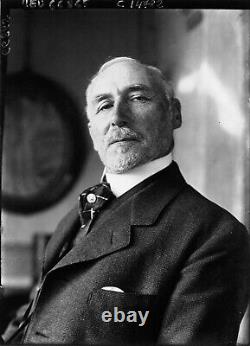 Verlaine hospitalized and in destitution asks money for the sale of her portrait to the painter edmond aman-jean. Probably in the country you. Let's brush it up, for soon-to-be-healed bobos.

Why don't you just get out of here? Need some money for clothes, bleaching. If you had sold the portrait, or were hoping to sell it, was it not a little agreed that your model would touch some ocle? Excuse me and believe me.

Answer as soon as possible, please. On a portrait finally rested of me. You took me in a moment of familiar calm. Where the mask becomes as childish as again.

Like I was, minus the beard and that calf head forehead. Around the year forty-eight, baby rotond, in montpellier.

I was going to peyroux, quietly with my maid. I used to make a thousand sand forts there. And full ditches, my God, of the least drinking water. Following the example that gargantua firefighter gives us. I could see processions, penitents passing there. And proclaim the republic in these candid times. Where so many opinions were not invented yet. But in spite of this concern of our days that he agitates and troubles.

At the bottom of my corrugated marrow. I remain assured, - in accordance with your excellent double. Verlaine returned to the Broussian hospital on August 11, 1892, lasègue room, reads 30, for "blood rash, furuncle [sic], regardless of ancient rheumatism and diabetes", as he explained to leon deschamps in a letter dated Tuesday, August 23, 1892.

Hospitalized, immersed in financial difficulties, the poet hopes for the sale of his portrait by aman-jean the possibility of drawing some subsidies from it to clothe himself and have his laundry washed... It is known from an article of the gill blas of 1912 that the brother-in-law of edmond aman-jean, claudius jacquet, acquired the portrait on the occasion of a "loterie between his friends for the benefit of the poet". If the portrait, as well as letters from verlaine to aman-jean as well as the famous manuscript of the sonnet to aman-jean were sold by the family at undetermined times, this and another letter we propose have remained completely unpublished until today. E secretary of the new magazine, claudius jacquet, brother-in-law of the painter edmond aman-jean, had troubled this letter in volume 1 of the complete works of paul verlaine (paris, vannier, 1902, mention of 3rd edition, bound by henry meriot, to rochefort where claudius jacquet was sub-prefect from 1920; covereds preserved). A seasoned bibliophile, jacquet systematically enriched his books, always linked to his figure c. Letters addressed to him, but also addressed to his brother-in-law edmond aman-jean, to his father-in-law the felix gras felibre or to the director of the new magazine juliette adam. In this regard, we sell another unpublished letter from verlaine to edmond aman-jean, this one dated January 1892 and relating to the pose sessions for the realization of the portrait. In order not to distort this historical document, we leave it to the buyer to appreciate whether he wishes to keep it as it is or to remove the letter. Careful shipment with follow-up, insurance and delivery for signature.

This item is in the category "collections\letters, old papers\autographs\historical persons". The seller is "librairiealademilune" and is located in this country: fr. This item can be shipped to the following country: whole world.