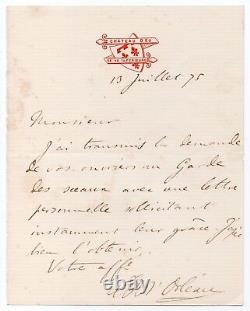 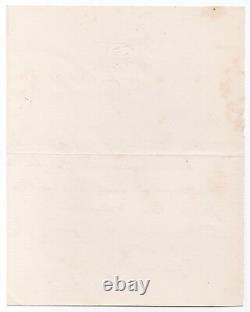 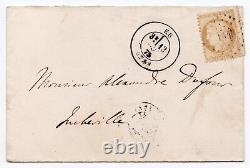 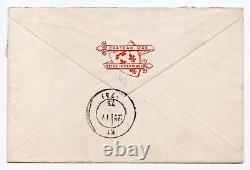 Paris philippe d'orléans, Count de. Grandson of louis-philippe ier, last royal prince of france. Signed autograph letter addressed to Mr. Alexandre dufour, dated 13 July 1875, 1 page in-16, weighings, envelope preserved with postmark. "I have transmitted the request of your workers to the keeper of the seals with a personal letter asking for their grace.

Grandson of louis-philippe ier, a philippe of Orléans, was, from 1848 until his death, pretending to the throne of france. When his father, a ferdinand-philippe, died in 1842, thrown out of his car, he became the heir of the July monarchy. On February 24, 1848, the king, his grandfather, abdicated in his favour. Then followed the proclamation of the second republic, exile in Germany and in angleterre, and stays in the United States where he entered the war of desecession.

Careful packaging, recommended shipping with ar. This item is in the category "collections\letters, old papers\autographs\historical persons". The seller is "galerie_jbm" and is located in this country: en.