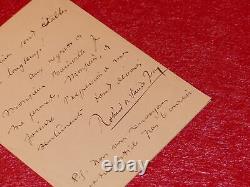 We would rather wait for a letterhead from the weekly magazine... But the two magazines were very related.

Robert de Saint-jean was probably on his way... Our director very much regrets that he could not give you hospitality in the magazine; but your pages came to us at a time when our abstracts were prepared for a long time... Robert de saint jean, born on June 12, 19011 in Paris and died in the same city on January 16, 1987. Is a French writer and journalist.

Was the writer's companion. Like the latter, he kept a newspaper which he published and which allowed us to understand. French cultural life over several decades. Son of raoul of saint jean and charlotte, who asked for and obtained divorce, raised in a bourgeois betting milieu, notably by his paternal grandmother (keline-marie born duhamel, wife in second marriage and widow of brigadier general robert de saint jean), he was raised at the college stanislas (paris) until 1918. He then studied in the United Kingdom, Cambridge, where he had a room at King's College. He was editorial secretary from 1924 and editor-in-chief from January 1928 to April 1, 1935 of the weekly magazine de François le grix, published by plon. He is a literary columnist, novelist or essayist, and leads the "Literary Life" section. He was able to write a few political articles there.

Thus in 1925 a rather severe article devoted to the weaknesses of the parties opposed to the left cartel, which placed it on the right. He leads with a colleague, roger giron, a remarkable investigation into the political convictions of young writers drieu la rochelle, montherlant, jean cassou, andré Maurois, cocteau, henri rambaud, martin maurice du gard, ramon fernandez, etc. In 1926 then questioned alone, likewise. It is at the home of the grix, homosexual like him, that he meets the novelist Julien green.

They were both invited to a tea with other friends of the director of the weekly magazine. Their love is not just platonic, contrary to what green claimed during his lifetime and as revealed in the entire posthumous newspaper of this last one (published in 2019). They live a real physical intimacy and form a free couple in the interwar period.

Each multiplies the occasional partners they sometimes share. They will remain closely linked for some 60 years, making many German, Austrian, Italian, tunisy, United States, danemark, suede, etc. In the 1920s and 1930s. Tourist and cultural visits often involve sexual adventures. He also travels without julien green, there again meeting. Green joined him in London from September to November 1936 and in January-February 1937. In betting, he frequents in the inter-war period the popular places of homosexuals, such as the brewery the select, the smith coffee, the club of Liège or the odessa baths. He meets boys, sometimes prostitutes.

He also frequents with his companion literary circles, notably andré gide, jean cocteau, andré malraux, françois Mauriac, henry de montherlant and many other writers. He also met painters (salvador dali, christian berard or pavel chelitchev) and worldly patrons married-laur de noailles. And her husband's honeycombs in particular. In the 1930s, he was an advisor to the plon publisher; he led the "things seen" collection, launched in April 1930 and interrupted in 1935.

He wrote a play, which he failed to play. Gallimard, on the other hand, published his only novel in 1936, the sacred fire. He describes a young boy, reborn, who grew up with his mother and grandmother, crushed by the memory of his older brother who died during the First World War and idealized by his mother, and who gradually gets rid of the image of this brother, bulky and false. Julien green gives a praiseful account in the figaro, not to mention their relationship. In the same daily newspaper, robert de saint jean had chronized a book of green the previous year because the grix had not wanted to publish its column in the weekly magazine.

He's mostly a journalist. His first book, published in 1934 and dedicated to the United States of roosevelt.

Which he visited with green, was previously published in the form of articles in various periodicals (time, figaro, bet-midday, Marianne, literary news, seen, weekly magazine, etc. They won him the Strassburger Foundation Prize. His travels with green allowed him to meet political leaders, such as in 1935 the chancellor kurt schuschnigg to come or mussolini to rome, and to write articles, for the weekly magazine, a provincial periodical or Parisian daily newspapers such as the little Parisian, the figaro or the newspaper.

He collaborated in the daily paris-soir of jean prouvost, starting in 1936. This newspaper offered him the position of correspondent in London in April 1936. He was sent to London from July 1936 to 1937, to Austria, to Albania and to Czechoslovakia in 1938, to Rome and to London in 1939. He then published some articles in other newspapers, such as the figaro. In June 1940, he was the deputy director of prouvost.

Who was in charge of information and censorship by paul reynaud. He then left the france because he was inscribed on the German blacklist because of his articles, and joined the United States, thanks to julien green and to the relations of the latter. He became the assistant stone lazareff, former editor-in-chief of paris-soir, at the French section of the Office of War Information. He was also correspondent of france-africa and then of the French press agency in 1944.

He returned to France after the war, collaborated in france-soir de lazareff, from 1946 to 1948, at the weekly crossroads - he signed an article as early as n° 4, in September 1944 and his articles became more numerous from 1946 until 1957 - daily the liberated Parisian - also owned by emilien amaury - then to bets match de jean prouvost, until 1968. He works in the management of their foreign service.

He was president of the association of the French diplomatic press from 1958 to 1962. He was briefly literary director at plon in 1960. In 1984 he received the marcel-proust prize. With roger giron, the literary youth before politics, 1928, editions of the free notebooks, 98 p. (survey previously published in the weekly magazine).

Julien green, with luc estang, reissued 1990. Date of last issue 1944. And henri massis (chief editor), following the publication of the manifesto "for a party of intelligence" in the figaro of 19 July 1919. The program of the magazine was: "to bring together everything in the world that takes sides against destruction, to strengthen and expand relations among groups devoted to the cause of the spirit.

" It was a nationalist magazine (royalist and catholic) whose editorial line was close to that of the French action, including charles benoist, marie de roux, robert havard de la montagne, rené johannet, georges valois, firmin bacconnier, pierre-antoine Cousteau, georges Gaudy, goustave thibon, pierre gaxotte, claude roy, gonzague de reynold, then after 1941, pierre boutang and raoul girardet. The universal journal was particularly interested in foreign policy. In addition to its two founders, the magazine had as its main collaborators. Jacques maritan, in charge of the philosophical section (early 1920s).

Charles Maurras, a vaussard maurice and a guerious henri. Sections dedicated to art, literature and philosophy written by léon daudet, thierry maulnier. André Rousseaux and robert brasillach, have always been remarkable according to eugen weber, historian. The political articles reflect the French policy of action. During the 1930s, the universal journal showed some support for authoritarian regimes, particularly in salazar (especially under the guise of massis). In 1930, on the other hand, in the wake of French action, it conducted a permanent campaign against German rearmament, the renaissance of Germanism and the emergence of Nazism. It is one of the first important publications to have denounced from the outset. The threats of Hitlerism and the unpreparation of democracies in the face of an inevitable conflict with Germany. After the death of Bathville (1936), it was placed in an increasingly narrow intellectual dependence. With the French action, and relaying the campaigns of the royalist movement in favor of the preventive occupation of the Rhineland, of the alliance with the fascist italy and of a continuous policy of rearmament. Strongly shaken by the French defeat, she settled in Vichy from 1940, supported Pétain, and opposed both resistance and collaborationism; she aligned herself with the positions of the vichy regime. Date of last issue 1939. French publishing director the grix.

The weekly magazine is a literary journal founded in 1892 para. Fernand Laudet and published until 1939. Until the beginning of the 20th century, the magazine was directed by mainguet stone, with jeantet felix. In 1908, she absorbed the modern world and the woman of today. The grix appealed to new collaborators such as François Mauriac - who called it "grey" in the 1910s, due to its homosexuality displayed -, responsible for the theatrical section from 1921 to 1923, jealous edmond (literary life), wladimir d'ormesson (foreign politics), louis latzarus (Paris life, then political chronicle from 1922), goustave fagniez et frantz funck-brentano (history), robert vallery-radot (religious life), paul reynaud (parliamentary court).

The magazine founded the first novel prize in 1929. The victory of the left cartel led the magazine to take a position in political debates and in. The grix, which signed a political chronicle from 1933, was a royalist time, in any case anti-parliamentary and hostile to democracy. After the crisis of February 6, 1934, he tried to set up a liaison, propaganda and information centre, also known as the French order, with the renée dommange, and with the support of philippe henriot and xavier vallat. In 1934 and 1935, he went to italia several times, where he met benito mussolini. The fascist dictator grants him financial aid of two million francs, which allows him to redeem the daily life of the people. The grix supported the italie threatened with sanctions during the Second Italian-Ethiopian War, thus co-signing the manifesto of French intellectuals for the defence of the West and peace in Europe (1935).

But he remained Germanophobic until 1939 and expressed his disappointment at the rapprochement between mussolini and Hitler. 1 sheet of white paper, folded in its center forming 4pp.

[Georgian origin or louis boulay]. This item is in the category "collections\letters, old papers\autographs\historical persons".