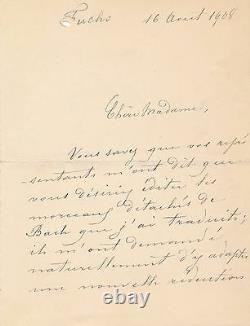 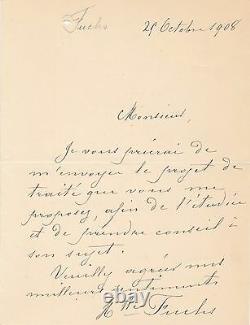 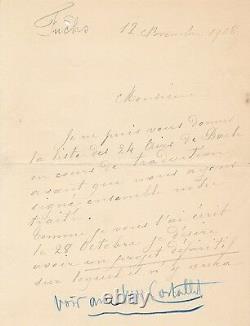 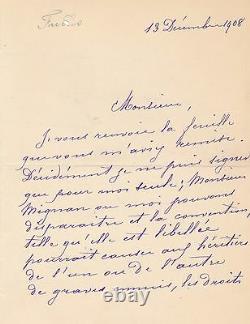 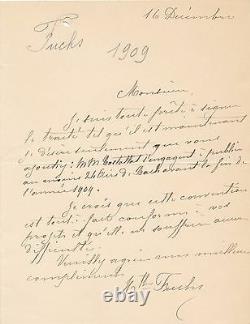 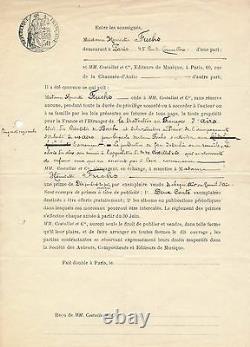 Interesting correspondence about a draft treaty concerning the translation of bach cantatas and their musical arrangement with Mr. Henriette fuchs tries to negotiate his percentage, will not give his list of the 24 airs of bach until the treaty is ready!

The draft convention is attached. "Let me ask you five per cent more for this work to which I will provide all my care assisted by Mr. Mignan whose value you know." "I would ask you to send me the draft treaty that you propose to me in order to study it and take advice on it.

" "I cannot give you the list of the 24 bach airs being translated before we ayan signed our treaty together I want to have a final draft". "I can only sign for myself; Mr.

Mignan or I can disappear and the convention as worded could cause the heirs of one or the other great trouble, copyrights run for 30 years I believe". "What do you mean by the clause "mm costallat reserve to refuse air that would not be at their convenience"? I intend to send you the list of airs chosen by me with the utmost care; you will look at them on the German scores and tell me whether or not they should be translated and rewritten on the orchestra score; we cannot, Mr. Mignan and I can do a great job unnecessarily. If some of these airs didn't suit you, I'd look for others.

" The item "violin henriette fuchs 5 letter autograph signed cantate bach" has been on sale since Tuesday, January 22, 2019. It is in the category "collections\letters, old papers\autographs\musical personality". The seller is "christophe6584" and is located at/in bets. This item can be delivered anywhere in the world.