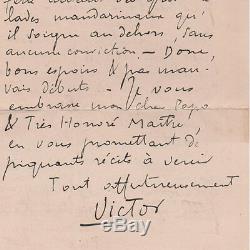 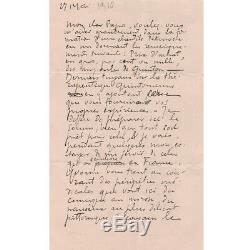 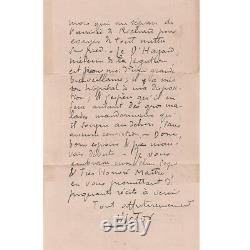 Last tips on quitomenne therapeutics by adding what you provide your own experiences. I differ from preparing the serum here, although everything is ready for it, and I'm going for a few months trying to use the one that is \Yvonne keeps you informed of my medical events that go from comic to morose, from nausea to the most delicate and picturesque. I devote the month that separates me from the arrival of Richard to try to put everything together. The Dr Hazan, the physician of the legation, is for me of great kindness; he put his hospital at my disposal; and I hope that he will do the same for the fat Mandarin patients whom he looks out for without any conviction. So good hope & not bad start. I embrace you my dear father and honored master, promising you piquant tales to come. Senior School of Marine Health Service.

Victor Segalen became a 1st class doctor on August 24, 1908. That same year, he learned Chinese at the school of oriental languages ​​of Paris and the college of France. After getting his detachment in China, he embarked in Marseille on April 24, 1909, joined Beijing by train in May and began in August a ten-month expedition to central China in the company of Gilbert of neighbors. After passing through Japan, he returned to Peking and moved in March 1910 with his wife Yvonne and son.

Segalen then seeks to develop a clientele, and solicits the experience of his father-in-law, jules Hébert, renowned doctor from Brest. In 1912, year of the publication of the first edition of. He will be appointed second-class medical officer at imperial medical college in tianjin. Autograph segalen letters are uncommon.