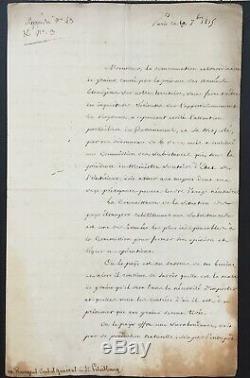 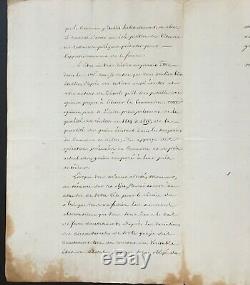 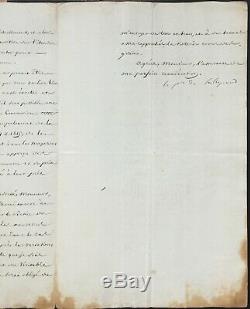 Talleyrand (Prince) important letter signed foreign occupation - in September 1815. Bishop of Autun, he gave up the priesthood and became president of the National Assembly during the French Revolution, Foreign Minister under the Directory, the Consulate and under the first empire, president of the provisional Government, Ambassador, Foreign Minister and Chairman of Ministers under the restoration. Exceptional diplomatic career, culminating is the coming Congress. Talleyrand theorizes and seeks to apply a \Letter signed, 2 ½ pages, Paris, September 19, 1815 after the fall of Emperor Napoleon ier. Beautiful testimony Talleyrand's work on sourcing and food security of France as the country is militarily occupied after the invasion of foreign armies.

Letter to the Consul General of France in St. \It evokes the commission keeps \ hings. Some marginal waterstains page basis which do not affect the text. The item \The seller is \This article can be shipped worldwide.