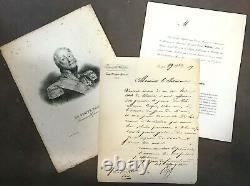 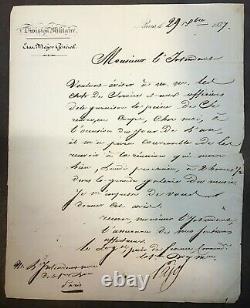 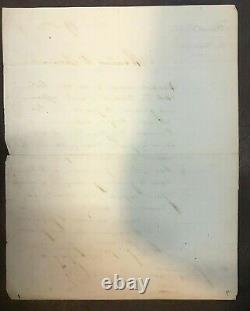 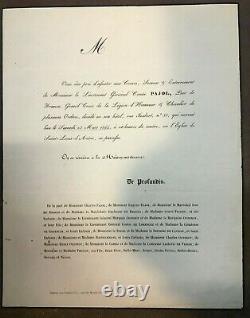 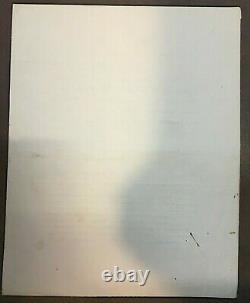 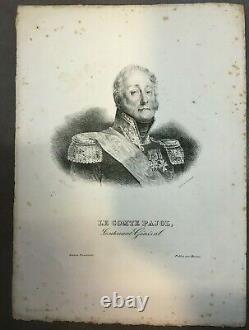 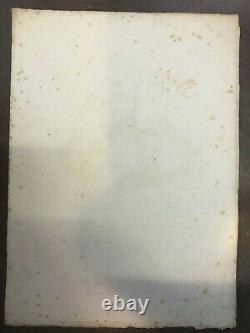 Addressed to the steward of the 1st Military Betting Division. The heads of department and the officers of the garrison were bothered to go to my house in body on New Year's Day, it seemed appropriate to receive them at the meeting which will take place next Monday at 2 1/2 a.

In the museum's great gallery. I hasten to give you that opinion. Steward, the assurance of my affectionate feelings. The gal, a pair of French, commanding the 1st division. To note the death of Lieutenant General Count Pajol, a french peer, grand cross of the Legion of Honour who died in his hotel, rue joubert, No.

35, which will take place on Saturday, March 23, 1844, in the church of st louis d'antin. Engraving of count pajol with some freckles. He is one of the great figures of the. Second Lieutenant in the Saintonge Regiment. General Kléber's first aide-de-camp.

Brigade chief (colonel) of the. (1800), subsequently passed in the.

Brigade of General Lasalle's division. On the battlefield of eylau. Confirmed by imperial decree of the.

Cavalry corps of the Belgian army. Second-in-command of the provisional government troops under bets. Admitted to retirement, at his request, the. Military division and military governor of bets.

: injured in the left hand, by parading a bayonet shot carried by an Austrian grenadier. Taking one of the biebrich's redoubts. : seriously suffered from a biscaian blow that fractured his left arm.

Evening of the 5 germinal an vii. : riddled with swords, his horse having been killed under him. : has two horses killed under him. : has one of his horses that he climbs carried away by a ball, the other killed by a biscay, and a third crossed by a shell, which tumbles him and wounds the subervie general. To which pajol gave orders. : right arm smashed with a shotgun.

A his horse killed by a shell that bursts into the chest and is injured by a fractured left arm and ribs after being thrown by the blast blast to more than 25 feet in lair. : to his horse killed under him and was wounded in the fall.

Holder of a sword of honor, the. Commander on the battlefield of eckmhl.

On the battlefield of mount. Great eagle of the Legion of Honour. Confirmed great cord of the Legion of Honor. Royal and military order of St. Order of the white eagle. The order of the suede sword. Grand Cross, in a military capacity, the. Claude stone pajol is the son of André joseph pajot. In the parliament of besançon. Then commissioner of the post office under the first empire. And elizabeth nodier, daughter of Joseph Nodier. , master building contractor in besançon. By his mother, he was the first cousin. , marie louise elise oudinot de reggio 1790. , daughter of nicolas charles oudinot.

During the war of 1870. Knight of the Legion of Honour.

(1877 1958), fourth duke dauerstaedt. The item \"autograph letter signed by the empire general stone claude pajol dated 1837\" has been on sale since Wednesday, November 25, 2020. It is in the category \"books, comics, old books, collectibles\". The seller is \"militaria-1418\" and is located in arras. This item can be delivered anywhere in the world.