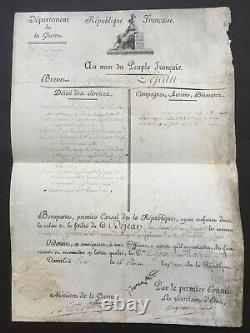 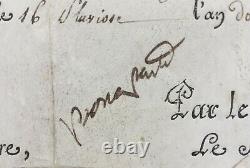 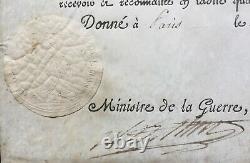 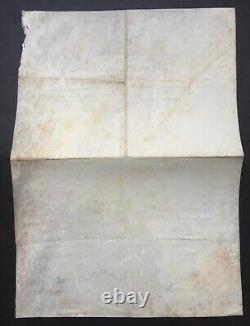 Empire and aide de camp de napoleon ier and famous entomologist. Document also signed by the Minister of War Alexander Berthier and the Secretary of State Hugues Maret. During the Napoleonic wars, he fought in austerlitz, eylau, friedland, moskowa... Brigadier General, he became a helper of the Napoleonic camp, and found himself in all the important actions, including lutzen, wurschen, wachau, leipzig and hanau, and in 1814 to those of Brienne, Montmirail, Vauchamps, Craonne and arcis-sur-aube. Napoleon appointed him lieutenant-general of cavalry in 1814. Charged by napoleon to oppose the capitulation of bets. On the return of Bonaparte from the island of Elbe, dejean resumed his duties as aide-de-camp and found himself at the battles of ligny and waterloo (where dejean was the first aide-de-camp de napoleon). A great expert in beetles, he assembles the largest private collection ever made - 22,000 species identified. He is the author of numerous publications that cover many species.

Nice certificate of appointment to the rank of captain in the 20th Dragon Regiment. In particular, the document states the status of the services of dejean "born to amiens in 1780, temporary aide-de-camp an 3, second lieutenant of infantry an iv, aide-de-camp of general dejean on the same day, rank of lieutenant an v, attached to 6. Regiment of dragons an viii, appointed to the rank of captain an ix, appointed captain on foot on the 20th. Regiment of dragons an xii" as well as details of its "campaigns, actions and injuries". "has done the campaigns of the years 3, 4 and 5, year x".

The one from lan 8 to the reserve army. The one in lan 9 in italia with the 6th. When the imperial regime was introduced in 1804, Napoleon raised him to the dignity of an empire marshal. Appointed secretary of state in 1799 by bonaparte, chief of cabinet of bonaparte in 1802.

He served under dumurez and then under pichegru. Major General in 1795, Acting Commander-in-Chief of the Northern Army. On the 21st of March, 1802, he was entrusted with the administration of war. Count of the Empire in 1808.