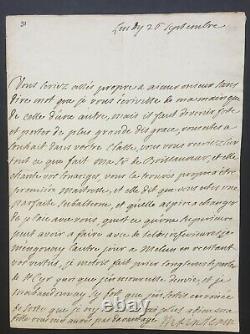 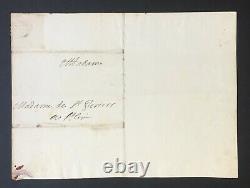 Influenced by Madame de Maintenon, Louis XIV officially founded the royal house of Saint-Louis on June 18, 1686. The school holds a special place because it is a pensionation board of royal creation. The king ensures his protective role in the blue blood, a few years after the foundation of the invalids in Paris in 1670. Beautiful letter from Madame de Maintenon concerning his very personal relationship with the royal house of Saint-Louis. \What does my sr of boissander do, and she sings your praises, you find her own to be first mistress, and she says you are a perfect subordinate, and what aspire to change places with you, what a superieure can have to do .

I MENGOUAY WATCH TO MELUN by reciting your virtues, I put forward longtems to talk about St Cyr though Jen Mourusse Denvie, and I Mabandonnay Sy Fort that Jen gets hoarse so that I will return more. Farewell my daughter, you did not get more. The item \The seller is \This article can be delivered anywhere in the world.