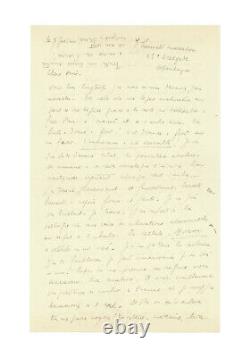 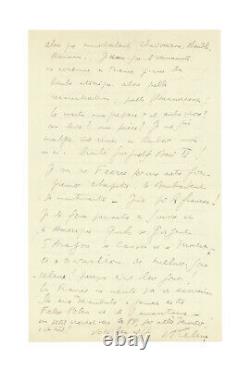 Poignant celine letter returning in despair over his eighteen months in prison and evoking his work on guignols band ii and fairy for another time. "Dear friends, long ago we remained without news.

For our part a slight improvement from the legal point of view thanks to the visit that mikkelsen made to bets to naud and other friends. The mound gave it all the time! It's been given in my favor. I am no longer the total damned, absolute rot. We are beginning to realize that I have been unjustly martyred, while so many others have been gloriously and fruitfully.

Lucette fortunately regained shape and health. I'm redoing pellagra and an abominable rheumatism attack despite the heat. The cell, the winters in a piled-up cell. I didn't hold the lockup. I've got weaknesses, I'm losing consciousness for a yes, a no.

Finally, I am promised a diet that is less tracassous, well improved. Unfortunately, there is no question of going back to France, and I suffer a lot from lexil. In addition, I am taken away from all my poor means of existence, medicine, books while montherlant, chadourne, claudel, romans I fear that humanity will return in france only with the atomic bomb.

So what reconciliations, what whining! Does the master prepare anything else for us? I got back to work, though, but I got burned up in the guignols band ii! I'm on a fairy tale for another time, first chapter, the bombardment of Montmartre. I'll make it appear in Swiss and America.

How they swayed daragon, cassou, and triolet, and translations of miller sub-keline! Since that's their taste! His soul never wanders between the guinea pig felix and the Samaritan. All my good friends at max and stone! And the little mozart descaves. Céline published virulent pamphlets as early as 1937 (year of the release of bagatelles for a massacre).

He is under occupation close to the collaborationist circles and the Nazi security service. After the allied landing of June 6, 1944 and fearing for his life, Celine left France with his wife a few days later to go to baden-baden.

Sen followed peregrinations in Germany before he joined, in October 1944, the exiled government of the regime of vichy to sigmaringen (an episode of his life that inspired him the novel of one castle to the other, published in 1957). He will be arrested in December of the same year, following his release, for a year and a half in prison. Unpublished letter to the correspondence of the pleiade. The item "louis-ferdinand celine / autograph letter signed / unpublished / desperation / fairytale" has been on sale since Monday, November 16, 2020. It is in the category "collections\letters, old papers\autographs\others".