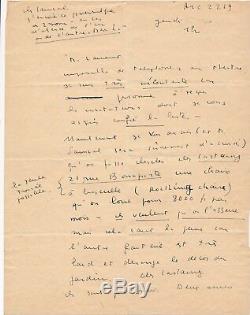 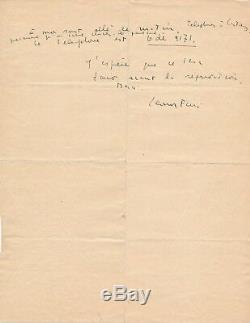 Signed autograph letter addressed to roger lauran (deceased in 2016), comedian, director, who was also the director of the comedy of the fields-elysées. 1 page in-4 and a quarter. The first of a theatrical performance approaches, the artist is not happy. Finished Leonor is \Nobody received the invitations I had given you the list. She would like \They want to make sure it's worth it because the other armchair is very heavy and disturbs the decor of the garden.

She gives the castaing coordinates. And ends: \Leonor Finished made several sets for shows performed at the Comedy of the Champs-Elysees. It is important to be loved by Oscar Wilde.

Adaptation of jean anouilh, 1954. Ballet of the company of the marquis of cuevas on a music of gian-carlo menotti, 1958.