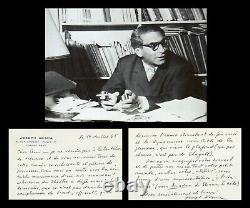 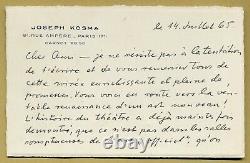 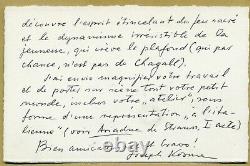 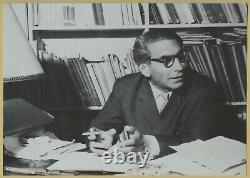 Jewish French composer Hungarian origin and naturalized French in 1949. He died August 7, 1969 at the Rock-Guyon, in the Val d'Oise, at the age of 63 of a heart attack. Formed in composition and contemporary music in Budapest, past the battle music in Berlin, exiled in France and integrated into the Parisian milieu, he will devote himself for thirty years in the accompanying music for the song (near 150 titles) and in film (about 90 feature films), where his union with the poet Jacques Prévert played both sides a vital role in poetic creation and popular music of the twentieth century.

Life, career and Luvre composer joseph kosma in the areas of song, film music and stage are lined with exiles dates leaks, meetings, breaks, chess, success and triumphs, and déquivoques in a threatening world in motion. The dun young Jewish studies in an anti-Semitic Hungary, comes from school to training by bela bartok, 1929 departure to Berlin, meeting with bertolt brecht and hanns eisler dune music dagitation popular in 1933 fled before Hitler, exile in France in 1935 meets Jacques Prévert and entrance in the Parisian world, poetry, song, the commitment in the social struggle and lantifascisme the group October 1936 meeting of cinema with marcel meat and jean renoir in 1940 fled before German and laccueil in the south of Prévert and illegal work with meat and Prévert, in 1945 the triumph of children of paradise for release in 1946 the miracle of poetry, set to music and song from the collection of sayings Prévert, in 1949 the global glory of leaves in 1951 the painful separation DaveC Prévert, in the 50s the consecration of the largest (s) of the song, companionship with the Communist party and installation in French cinema installed in its tradition, and in the 60 scenic creations to ballet and opera. The theater history has repeatedly shown that it is not in the sumptuous halls of the art \ceiling (which luckily is not Chagall) ... The item \collections \ letters, old papers \ autographs \ musical personalities.