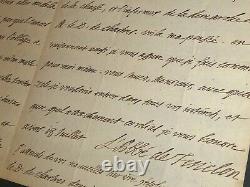 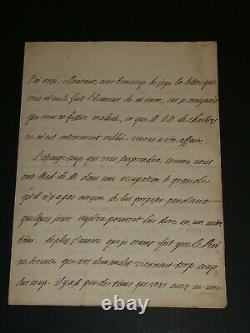 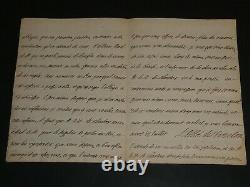 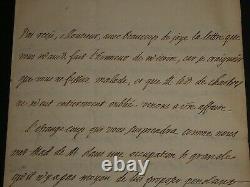 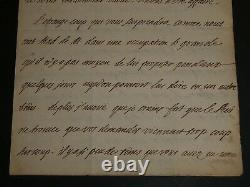 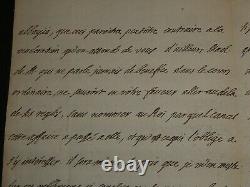 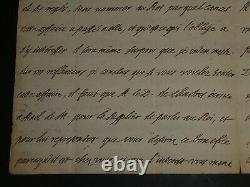 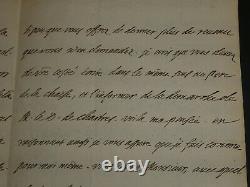 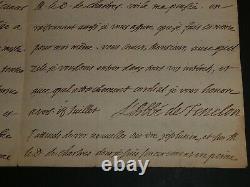 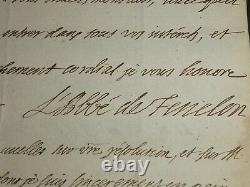 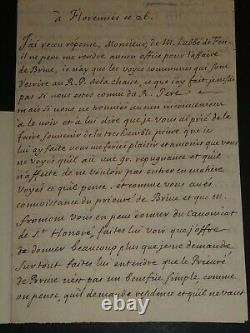 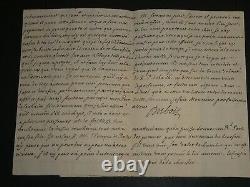 Autographed letter signed "the abbot of fenelon" addressed to the abbot dubois (the future cardinal). 3 pages in-4 (17 x 22.5cm).

Interesting and precious letter in which all the political finesse and art of the art of felony diplomacy were translated, he mentions that he received the letter of dubois with joy because he feared that he would be ill and that the Duke of Chartres [the future regent] would have forgotten it. "the strange blow the death of Louvois, July 16? Who will surprise you as we put mad. [maintenon] in an occupation so great that there is no way to propose to him for a few days what is being said to him in another tems.

Moreover, I confess that I fear that the king will find only your demands come too suddenly. There are so few tems that you have had an abbey, that this may be contrary to the moderation that is expected of you.

Who never speaks of a benefit in the ordinary course, does not sauroise in your favor to go audela of his rules, without naming to the king by which channel this affair has passed to her, and what is what obliges him to take an interest in it. He'll even be surprised if I take it. On these reflections I conclude that if you want to try this case, it is necessary that m.

De cartres writeive a mad. To beg her to speak to the king, and to represent to him that you will desire this benefit because he is at home, and that interest you lead so little that you offer to give more income than you ask for"... He recommends to write in the same direction to the father of the chair, and to inform him of the approach of the Duke of Chartres.

"By reasoning in this way I assure you that I do as I do for myself".. an autograph letter signed by the abbé dubois to the Duke of Chartres is also attached. In-8, commenting on fenelon's response, about the brive priory.. The letters of this writer are very rare. See also my other sales..

loss insurance and theft included packed with the utmost care. The item "fenelon belle letter autographe signe à l'abbe dubois versailles 3 pages 1691" has been on sale since Monday 31 May 2021.

It is in the category "books, bd, magazines\old books, collection". The seller is "author1917" and is located at/in turn. This item can be delivered anywhere in the world.