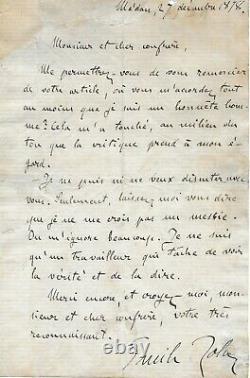 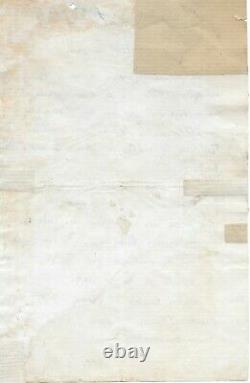 Magnificent letter from zola, activist writer, who in one sentence defines his entire commitment: "I am only a worker who tries to see the truth and to tell it." This prophetic phrase naturally echoes his act of bravery, taken twenty years later, for the defence of Captain Alfred dreyfus in an article published in the newspaper laurore on January 13, 1898.

An open letter to the president felix Faure, in which zola pointed out all the dysfunctions which led to the condemnation of dreyfus and whose point of departure was this scandalous acquittal in the council of war of the commander esterhazy. This commitment was condemned and forced him to sexile in London. "May I thank you for your article, where you at least agree that I am an honest man?

It touched me, in the middle of the tone that criticism takes on me. I can't and I don't want to talk to you.