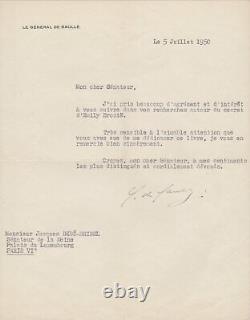 Is this to be understood as the amazing science of the human court that a young girl who died at the age of thirty would have possessed without having loved? Debû-bridel, emily brantë would have been a visionary, and he brings his mysticism closer to that of Saint Teresa. As the journey of the soul described by Saint Therese, he says, the drama of passion in the loudspeakers includes seven stations. He lists them: childhood, adolescence, separation, return, the desperate union of dying catherine and heathcliff, the loneliness and death of Heathcliff, and finally the triumph of love. These views are ingenious, but they are still literary views. (The World, July 1, 1950). In 1944, debû-bridel jacques was appointed by General de Gaulle to be part of the provisional consultative assembly. He was one of the leaders of left-wing Gaullism.

I took a lot of pleasure and interest in following you in research around the secret of semi brontë. Very sensitive to the kind attention you had to sign this book for me, I thank you very much. Believe, my dear senator, in my most distinguished and cordially devoted feelings. Monsieur jacques debû-bridel senator of the seine palace of luxembourg paris vi°. English and Russian translations available on request.

Charles de Gaulle, commonly known as the General de Gaulle, is a military, resistant, statesman and French writer. Jacques debû-bridel is a French politician. More information about bridel-burden jacques. This is an authentic letter. Our letters are accompanied by a descriptive sheet including a transcript.

The invoices and cards we issue are instead of a guarantee certificate. France free shipping private carrier on request.

Shiltonson Rare Books & Manuscripts. This item is in the category "collections\letters, old papers\autographs\historical persons". The seller is "shiltonson-paris" and is located in this country: fr. This item can be shipped to the following country: whole world.