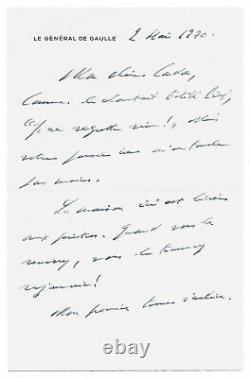 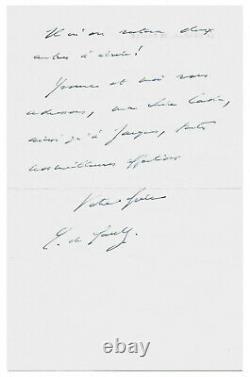 But your thoughts don't affect you any less. The house is here delivered to the painters. When you see her again, you'll find her rejuvenated! There are two more to write! Yvonne and I address you, my dear cada, as well as to Jacques, all our best affections.

General de Gaulle had tendered his resignation following the referendum on senate reform and regionalization on 27 April 1969. By quoting Edith piaf, he probably refers to it in this letter, which is barely more than a year after the date of his resignation. He was then in the middle of writing his memoirs, which will remain unfinished, and died on November 9, 1970. The item \"charles de gaulle / autograph letter signed / edith piaf\" is on sale since Thursday, October 24, 2019.