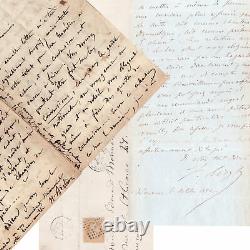 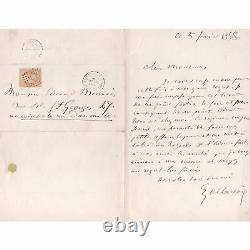 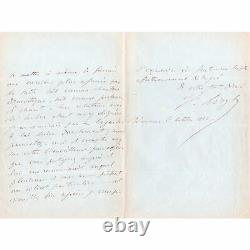 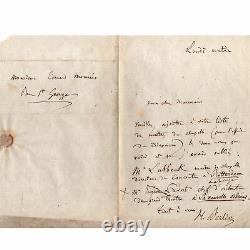 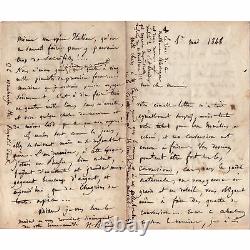 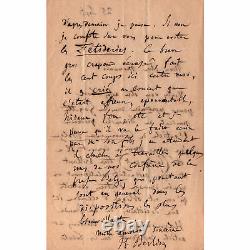 Parisian by birth (and death), desired Guillaume Edward Monnais was a brilliant student of the high school Charlemagne, receiving in 1814, during his second year of humanity, the fifth, but difficult, Latin version prize of the universities of France. He then chose the law and was granted his legal title in 1828. But Monnais preferred literature to the bar.

He had tried his hand at writing articles as early as 1818, publishing in various small newspapers, and in 1826 he collaborated in a few comedies and vaudevilles alongside Armand d'Artois, emmanuel arago, paul duport, saint-hilaire and vulpain. These light productions bear evocative titles. Noon, or the abdication of a woman.

The first case or the young lawyer. The marriage proposal or the Jesuit returned. Monnais also took part in the more serious work of marchagy and tissot of the French academy, and directed. In July 1832 he became editor of the theatre courier of the 19th century. And joined in 1835, the.

Betting magazine and musical gazette. Signing his articles under the pseudonym paul smith. In 1836 he obtained a post in the Ministry of the Interior and was promoted in 1838 to the royal commissioner of the royal opera theatres. In 1839 he was appointed co-director of the Paris opera with Henri duponchel, and the following year he was imperial curator of the opera houses and the conservatory, a position he held until 1847. He was the author of short stories and novels whose subjects relate to music.

Sketch of an artist's life. The seven notes in the range. (1846) and wrote the annual review of all events. Responsible for reporting on the works presented at the Imperial Academy of Music (opera) and the Italian theatre, he also wrote poems and cantatas for four years for the major musical composition competitions of the Institute's Academy of Fine Arts.

Disappeared on February 25, 1868, Jules Janin paid him a long and moving tribute in the. Journal of political and literary debates. Characterizing his benevolence and his spirit of politeness.

It was the very urbanity and atticism in person. He had been writing for almost half a century, and in this terrible space he had not hurt, who would believe him? No sooner had he touched some fearless vanity, his beautiful pen was also skilled at making, healing all together a slight wound and not a man of whom he spoke remained his friend. Between 1835 and 1860, in the middle of the Romantic period, Edward Monnais was at the centre of the French music scene.

His qualities as editors, critics and the high institutional positions he held made him a correspondent of choice for many composers, musicians, critics and theatre administrators. Friend of berlioz, who entrusts him with his. Hopes [of] deep and absolute ruin of these evil places called opera theatres.

; close to liszt, delacroix, gautier, gounod, he frequents assiduously auber, meyerbeer, scribe and thomas. The 80 unpublished signed letters presented here show a character in great demand both for his presence at previews, dinners, and for his support of musi-ciens and composers during auditions.

The opinion of Edward monnais is an opinion that counts, as well as the writing berton in a letter of thanks after an appointment. [your treasure is] even more precious, it is the art with which your brilliant pen gives you the power to make you happy at your leisure!!

attached: - 6 autograph letters signed whose signatures could not be identified and - Edward Monnais autograph note, 4 pages in-8. On heady paper from the Ministry of the Interior, note to m. Montoux, regarding the allocation of lodges.

It is in the category \"collections-letters, old papers-autographs-musical personalities\". The seller is \"the-not-wise-rare-books\" and is located at/in bets.