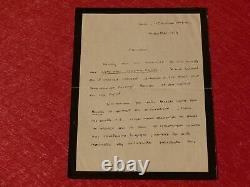 He was particularly interested in philosophy. To Cartesianism, metaphysics and French spiritualism. His considerable work inspired the Jesuit theologian henri de lubac when he wrote in 1944. In the middle of World War II, the drama of atheism.

He was a student at the École Normale Supérieure in 1919, where he created the ephemeral magazine the world where lanson was nighting. In the world-inspired title, where you miss a glittery dove, and referring to gustave lanson. The principal of the school at the time. Major of the aggregation of philosophy in 1912, graduated from the practical school of higher education.

Religious Sciences Section, 1923, and Doctor of Letters in 1926. He was professor of philosophy at the Lycée de Troyes in 1925, at the Faculty of Arts at the University of Lille in 1929. And bordeaux in 1940, then at the sorbonne from 1941 to 1968, and doctor honoris causa. He was elected a member of the Academy of Moral and Political Sciences in 1961. Associate member of the Royal Belgian Academy in 1970, member of the French Academy in 1979.

A foreign member of laccademia nazionale dei lincei in 1981, a corresponding member of the Royal Academy. Moral and political sciences of madrid in 1989.

A philosophical uvre in the field of philosophy, henri Gouhier devoted himself essentially to French philosophy. In a letter addressed to him on November 7, 1920, Étienne Gilson asked him to "fill the gap between maps and Saint Thomas". Henri Gouhier did not follow this.

Injunction, and his interests, on the contrary, led to the study of the modern period. Books 1924 the religious thought of cards (vrin).

Prize maurice trubert of the French academy 1926 the philosophy of malebranche and his religious experience (vrin) 1926 the vocation of malebranche (vrin) 1928 our friend maurice barres (aubier) 1929 malebranche, Christian meditations (aubier) 1929 malebranche, texts and comments (gabalda) 1931 the dauguste life count (gallimard ; vrin, 1997) 1933 the dauguste youth count and the formation of positivism. Volume 1: under the sign of freedom (vrin) 1936 the daugust youth Count and the formation of positivism.

(Baconnière) 1958 Theatrical work (Spanish translation, buenosaires, 1978) (Flammarion) 1958 The first thoughts of maps, contribution to the history of anti-renaissance (vrin) 1959works of malebranches, in collaboration with a. Robinet (vrin) 1961 bergson and the Christ of the Gospels (Italian translation, 1967) (fayard) 1961 The metaphysical thought of maps (vrin) 1966 The great avenues of philosophical thought in france from maps.

1 sheet of white paper, folded in its center forming 4pp. [Georgian origin or louis boulay]. Very minimal tearing on the edges of the sheet. The item "autograph letter signe henri gouhier (philosopher historian) 1929" has been on sale since Wednesday, August 12, 2020. It is in the category "collections\letters, old papers\autographs\historical persons". The seller is "amideslivres" and is located in/in castany under wood.