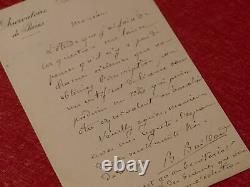 My study of the question suggests to me that there is no serious prospect of you obtaining registration for a license certificate... Édouard benjamin baillaud (14 February 1848 at chalon-sur-saône-8 July 1934 at toulouse). He studied at the École Normale Supérieure and the Faculty of Paris Sciences. In 1872 he became a student astronomer at the Paris Observatory, which directed him to a career as an astronomer.

In 1878 he was delegated to the management of the observatoire de toulouse-jolimont, and a lecturer in the Faculty of Science; in 1879 he was definitively appointed to these posts; he was also appointed Dean of the Faculty of Toulouse Sciences, a position he held until 1907. He played an important role in the expansion of the observatory and enthusiastically supported the map of the sky project.

He specializes in celestial mechanics, especially the movement of Saturn satellites. In 1901, the Toulouse Observatory chose to set up an astronomical station at the top of the midday peak in the Pyreneas.

The choice is not the fruit of chance. At the top of the midday peak, a scientific establishment has existed since 1878, when work began on the construction of an observatory at 2,877 metres. The project is led by the general champion of nansouty, the celestin-xavier engineer vaussenat and. The observatory of the noon peak, originally dedicated to meteorology.

Opens to all sciences and in particular astronomy. Quickly the quality of the site is known to astronomers. At the same time that of the site of the hill of prettymont is disturbed by the mists of the garonne and the smokes of the city.

In short, for the director of the Toulouse Observatory it seems urgent to find a new site. After conducting a search for suitable places. Benjamin baillaud opts for the noon peak.

Director of the Paris Observatory. And immediately begins to work to revive the project map of the sky by organizing a conference at the observatory, which is animated by singers of the opera of betting and provided in wine by the director of the observatory of bordeaux. Although the French Government agrees to finance the project, it becomes clear that the objectives set.

From 1909 to 1911 he was president of the astronomical society of France. Baillaud also actively opens for the standardization of the time. And even becomes the founding president of the international bureau of the hour. He was elected a member of the Academy of Sciences on 24 February 1908 (astronomy section) and became a member of the Longitudes Bureau. In 1919 he became the founding president of the international astronomical union and received the bruce medal in 1923. He retired from the Paris Observatory in 1926. The latter is known for its paraboloid, as defined by the 20th century larousse 1932, p.

361: "apparatus used in the sound shooting of defence artillery against aircraft to determine the position of a non-visible aircraft whose engine noise is heard". René baillaud was director of the Besançon Observatory. A crater on the moon bears its name, as well as two asteroids. 1 sheet of white paper, folded in its center forming 4pp.

[Georgian origin or louis boulay]. This item is in the category "collections\letters, old papers\autographs\historical persons". The seller is "amideslivres" and is located in this country: fr. This item can be shipped to the following country: whole world.