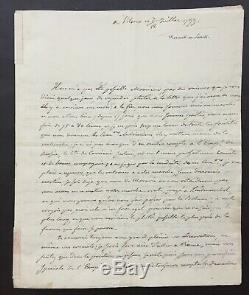 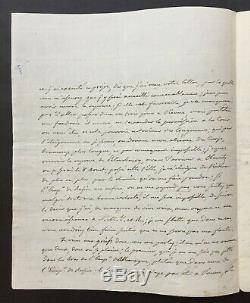 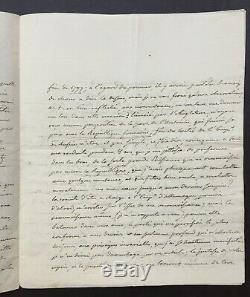 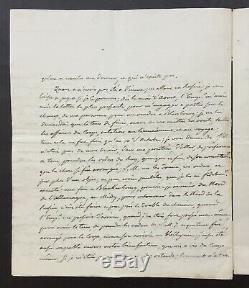 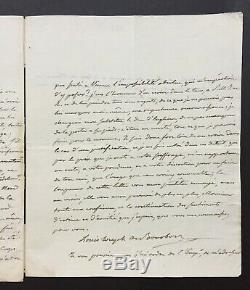 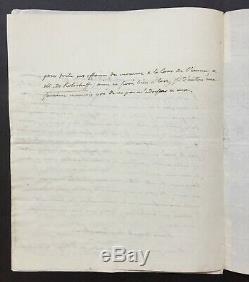 Prince of Conde, Louis Joseph de Bourbon - important autograph letter signed political and military concerning the army of Royalist émigrés - als - 1799 and including her choice of going in Russia rather than in Austria. Letter of 5 pages, dated 18 July 1799 addressed to Count probably the main fare to come French royalist officer in Europe, he was one of the first to emigrate and took refuge in 1792 in Vienna with a letter of recommendation from marie antoinette. From 1795 he was the louis xviii charge d'affaires in the capital. At the head of the army of emigrants committed against the revolutionary armies, the Prince of Conde passed in 1796 in the pay of England and after the peace of Campo Formio to the service of Czar Paul 1st. The Prince of Conde will be defeated by Massena. Historical narrative, military and very detailed prince policy. I should be very glad to go to come, but you feel in the position where I am, I can not, without special permission from the Emperor of Russia ... I just grievances which you speak; it is returned to me two, complained; the first, that I am not thrown me into the arms of the Emperor of Germany, rather than in those of the Emperor of Russia; the second that I aye not to come, both in 1797. As to the first, it was well thought you circumstances, wanting to give me wrong on this occasion?

Dismissed by England, having received no proposal from austria which made his peace (Campo Formio) with the Republic Francoise, secure the kindness of the Emperor of Russia, was not it simple, if I dare say, therefore my conduct for 8 years, I am jettasse preferably in the only major power arm that does not yet reconnaissoit the Republic phisiquement I had fought with some consistency and that I was well morally committed to fighting in my heart until I die? As for not having been to come in from russia I leave you to think that I pouvois ...

When Emperor pressoit me, when I was hard pressed myself to have time to take orders the Emperor of Russia ... I would have been guilty towards our benefactor that with respect to the same body, if I were still allowed me to delays. How did you come to it not felt the absolute impossibility that empêchoit me to spend? I had the honor to write in the time to the Emperor of Austria and paint him my regret .. I warn you that I order from the Emperor of Russia to speak for all our Affairs of time to come to court, m.

See my other items for sale. The item \The seller is \This article can be shipped worldwide.