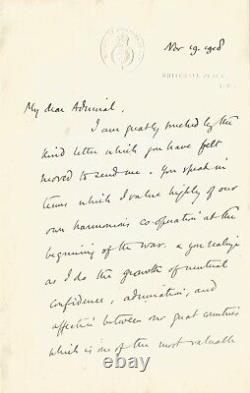 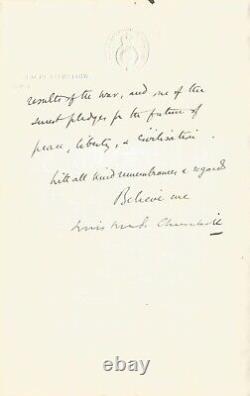 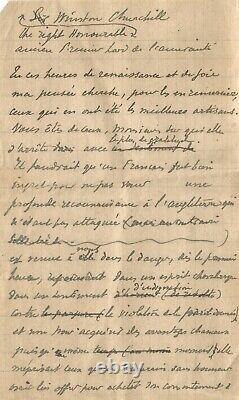 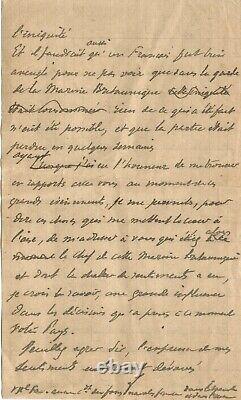 With all the good memories and greetings. We join the manuscript draft of the charles eugene Favereau letter initially sent to Churchill. \In these hours of rebirth and joy, my thought seeks, to thank them, those were the best craftsmen. You are one of those, sir, in that it stops with more gratitude.

It would quun French was ungrateful for not devoting deep gratitude to langleterre that nétant more attacked came to us in danger, in the early hours, in the true spirit, in a sense dindignation against the violation of their word and not to acquire lucky benefits puisquen same time she despised those quun sovereign without honor dared offer to buy its consent to iniquity. And it would also quun French was very blind not to see that without the care of the British navy, nothing has been done neut possible, and that the game was up within weeks. Having had the honor to find myself in touch with you at the time of these great events, allow me to say these things that make my heart at ease, of madresser to you who were then the head of the British Navy and whose heat feelings were, I think I know a great influence in the decisions taken qua then your country. Please accept, Sir, the expression of my devoted sentiments entirely. The role played by Winston Churchill during World War was controversial and lexpédition disaster of dardanelles, he sétait the promoter, forced him to resign lamirauté in November 1915.

He thus wrote to a fellow war, 6 January 1916. \Despite this setback, despite the accusations, and after commanding a battalion in France, he joined the coalition cabinet of Lloyd George, where he served from 1917 to 1922, as minister of munitions and secretary for war. French naval officer, and Vice Admiral in July 1914, takes over in October 1914 the rouyer admiral. Light Wing pavilion with Marseille on the battleship cruiser. Stands out in the inning.

For his organization of the anti-submarine warfare. Wing naval force (April 1916), it becomes maritime prefect of Lorient. In February 1917 and retired in May 1918.

Check our gallery autograph manuscripts of centuries specializes in the sale and the expertise of autograph letters and manuscripts of the great personalities of the past centuries. Buy / payment methods we accept the following payment methods: bank transfers and checks. All prices are in Euros and are net. Shipping All shipments are made by registered mail with insurance at fixed price of 10 for France and 20 for the rest of the world.

We can also carry out shipments by private carrier to your request. Conditions of Sale that complies with the International League of Antiquarian Booksellers, we accept a guarantee of return within 14 days.

The return costs are borne by the buyer. About ViaMichelin proposed pieces are originals which we guarantee authenticity. However, at your request, we can issue a certificate of authenticity, extra. The item \The seller is \This article can be shipped worldwide.