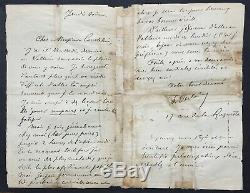 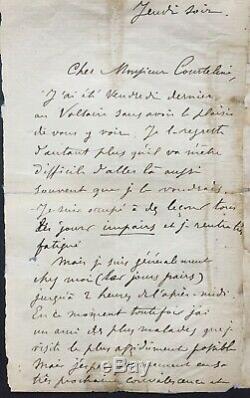 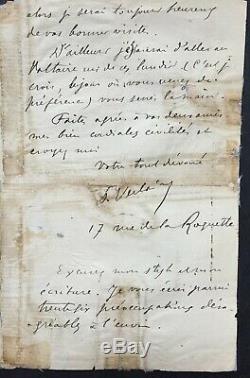 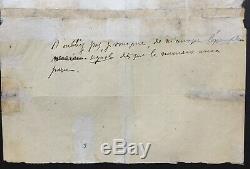 17 street rocket, Paris, beginning in April 1883? Rare letter to young george courteline which with j. Madeleine had launched a review (paris-modern) in Vanier. I was last Friday Voltaire without having the pleasure of seeing you.

I regret all the more difficult it will myself to go there as often as I would like \In addition, it has .. a friend of the sick I visit most assiduously possible. But I firmly hope in his very next convalescence. Go to Voltaire one of those Mondays Day ... Where you just preference and sends the two friends of his correspondent and madelaine vanier?

Verlaine added a postscript to request the sending of a signal copy and apologize for his style and his writing: .. I am writing from thirty six unpleasant concerns at will. Verlaine had recently rented with his mother a quaint street rocket housing and had found a new literary impetus and new young fans.

However, it had refused him to City Hall for a job that would have completely stabilized; failure that had greatly affected. The final blow would be dealt him April 7, 1883: after a short agony his young friend and student, Lucia Letinois, died of typhoid fever. Plies reinforced at the back of the letter. The item \The seller is \This article can be shipped worldwide.