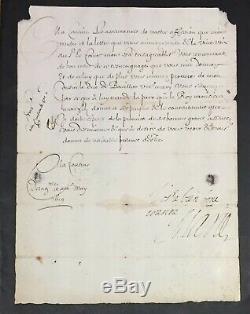 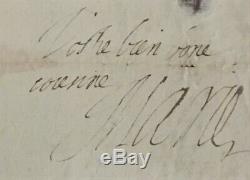 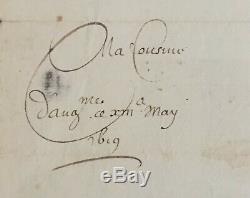 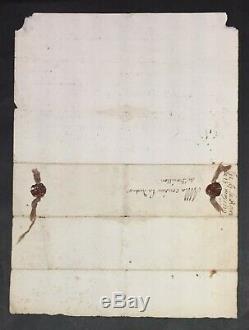 Marie de Medicis - Queen of France - with autograph letter signed online - 1619. Eine of France; daughter of François ier of Medici, Grand Duke of Tuscany, and Jeanne of Austria, it was (1600) the second wife of Henri IV, and mother of louis xiii. Letter signed \Wax seal emblazoned red. The page letter is addressed to the Duchess of broth, born mancini, niece of Mazarin, and on mancini married, first love of Louis XIV.

The letter expresses the commitment of the queen to her son, louis xiii, King of France: the peace that the king monsieur my son gives to his people ... The item \The seller is \This article can be shipped worldwide.