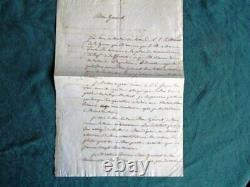 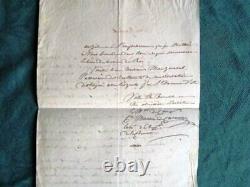 Maurice gabriel first supported the imperial government and was created Baron of the empire. He joined the defeat of Napoleon, was promoted to the rank of Marshal-de-camp at the first restoration of the throne of the Bourbons. The count of Caraman did not join, like his brother, the July monarchy. He left the upper chamber, and was admitted to retirement on 28 Oct. 1832 as a camp marshal.

This item is in the category "books, bd, magazines\old books, collection". The seller is "philcomm" and is located in this country: fr. This item can be shipped to the following countries: America, Asia, European Union, United Kingdom, Australia, Switzerland.