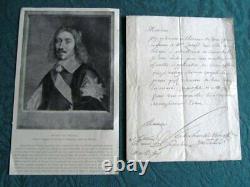 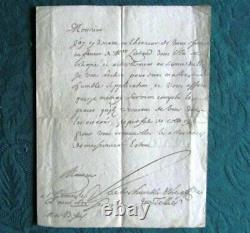 Besons in 1670, in favor of m. Léautaud " crippled and currently in the service of the king. " 1 handwritten and signed page. Attached a portrait of the teller by philippe de champaigne, engraved by nanteuil, with biographical text. It is amusing to note that the letter is written on "telière" paper, with a crowned "t" in watermark, which was thus referred to as the teller.

The seller is "philcomm" and is located in this country: fr. This item can be shipped to the following countries: America, Asia, European Union, United Kingdom, Australia, Switzerland.