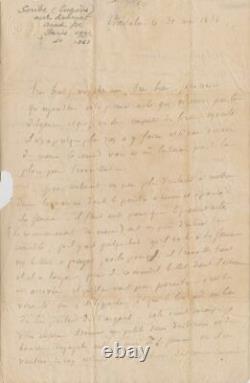 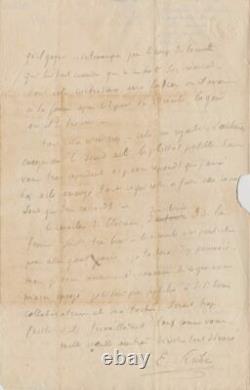 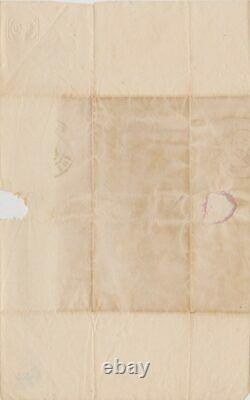 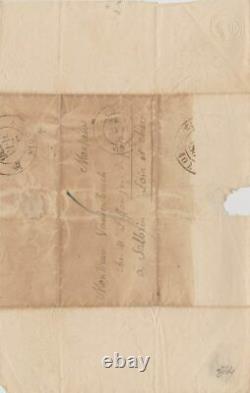 Signed autograph letter to louis-emile vanderburch. Signed autograph letter, château des montalais (meudon), 31 May 1836, on paper at his figure, addressed to louis-émile vanderburch, about their play clermont, or a woman artist who would be represented at the gymnasium theatre on 30 March 1838. "Truly there is almost nothing to do about it, and if you write the second one in the same way you won't leave me room to work," he then sends him all the changes he wants. Rare letter that testifies to the creative process of a play that was very successful. According to the magazine of the north (April 1838): "m.

Poirson made a good acquisition in clermont or an artist's wife, by mm. We do not give an analysis of this piece which all bets wanted to see, and which will probably get a large number of representations, thanks to the originality of puff.

The literary history review of the france (1921) states: "It is true that the only vaudeville of the clermont year where an artist's wife enjoyed a most friendly welcome and was the cause of a pleasant emotion for the parterre. To read as to hear, scribe remained entertaining and agile, that is to say, what he had always been, and did not gain sensitivity or tenderness, that is, what was being demanded of him. All right, my dear friend, all right. I only receive today your first act that happens to me through diligence and that I hastened to read - in truth there is almost nothing to do there and if you write the same second you will not leave me room to work. I only see a little more interest in putting in the way the painter knew and married his wife.

It is also necessary for the first act (the beginning at least) to have a bit of curiosity, for there to be something he hides from his wife a ticket to pay, that is why he works hard and he is always afraid of this damn note whose expiry has arrived and that he does not see appearance - it is the Viscount who is the bearer of it and who returns it to him instead of lending him money - it is better still I want to find a small scene of interior and marital happiness between the husband and the wife where he will boast of his ease, of his fortune, of the immense sums that he earns... Interrupted by the blow of his bell which makes him fear that it is his creditor.

All this will contrast with the scene or he confesses to his wife after the departure of the Viscount, the gene where he is. All this is nothing - it's my business - [------] send me the second act as soon as possible - without killing you, however, and I tell you that I'll have arranged everything that remains to be done very quickly because it's just fittings. The character of the badger, the victorine and the woman are very well - the Viscount may not be enough yellow glove I will stain to provide - but I thank you again for what you sent me I am not used to such good collaborators and my task would be too easy if they all worked like you. A thousand and a thousand friendships of your devoted all.

Laffon judge of the peace in salbris night and dear. Dischirure on a edge due to the breakage of the stamp. Past but perfectly legible ink. Eugène scribe is a French playwright and librettist.

One of the most played dramatic authors of xix. Century, in france as in the rest of the world, he was elected to the French academy in 1834. The fame he enjoyed in his lifetime contrasts singularly with the total oblivion in which his work has fallen today. Louis-émile vanderburch is a French writer and playwright. More information about eugene scribe.

More information about louis-émile vanderburch. This is an authentic letter.