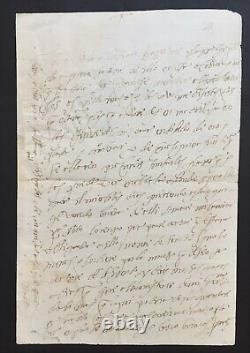 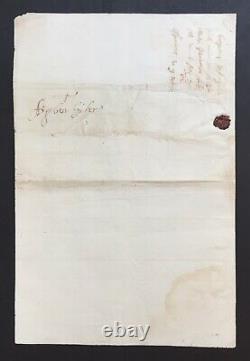 Queen of Germania, Bohemian (1562) and Hungry (1563) and Archeduchesse of Austrian. Empress of the Holy Empire with her husband, the Maximilian Emperor ii in 1564. Daughter of the emperor charles quint, his eldest daughter will marry philippe ii, king of spagna, and his second daughter will become queen of france. On the death of her maximilian husband ii in 1576, the empress married decided to return to Spain, despite the contrary opinion of her son and new emperor rodolphe.

His daughter marguerite accompanied him on this journey. When he arrived at Madrid on 6 March 1582, the two women went to the convent but had to leave very shortly afterwards to the portugal to meet the king of philippe Spain ii, who was making his first visit there as ruler of this kingdom. The king had invited his sister and niece marguerite to Lisbon because he wanted to marry one of the daughters of the Empress - or Elizabeth, who was twenty-eight years old and lived in a convent, or marguerite, which was then about fifteen years old and apparently already intended to become a nun. Marguerite was encouraged to marry philippe ii - her duty as a member of the autrich house.

The Empress, however, did not seem in favour of such a union, and upon their return to Madrid in 1583, mother and daughter entered the descalza monastery, where the Empress died in 1603. Rare autograph letter signed "maria", anguita, 16 February [1582], 1 page in fol. Address with small stamp of red wax with arms, in Spanish.

Letter addressed to "quebenhiler" - juan quebenhiler (hans khevenhuller in German) was the imperial ambassador in Spain to xvie. Letter in which the empress marries autrich affirms to her correspondent wanting to withdraw in the monastery of descalzas reales, founded by her sister Jeanne d'autrich, princess of the portugal and regent of spagna (). Y dios muchas gracias a dios que hiré al monasterio de mi her[ma]na.

His return to Spain was indeed followed very. By the ambassador, who met her several times until she arrived in madrid (specified in the memoirs and autobiographical accounts of khevenhuller). What wentren acquired juntarlos y hazer that yo los pueda ver en alcala..

the monastery of nuestra señora de la visitación, in madrid, known as descalzas reales, is a monastery of nuns founded in 1559 by autrich jeanne, sister of the king of philippe Espagne ii and the empress marie d'autriche. San lorenzo el real de el escorial, monastery and royal site. Former residence of the king of Spain, court of the Spanish Empire under philippe ii.

Good condition of storage - almost complete transcript attached. This item is in the category "collections\letters, old papers\autographs\historical persons". The seller is "*epistole*" and is located in this country: fr.