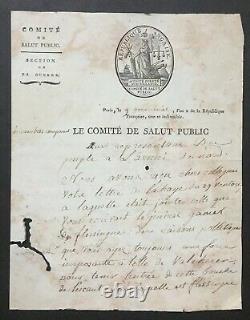 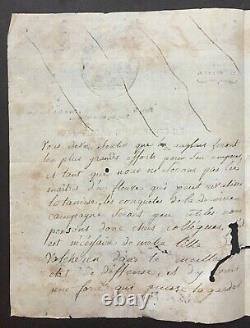 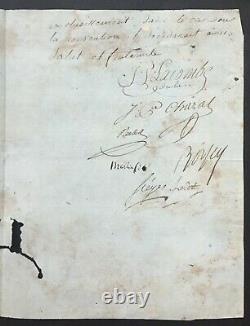 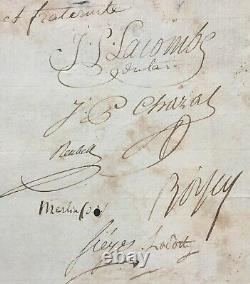 Committee of Public hello signed handwritten letter Sieyes boissy, merlin Douai - war 1794. Very interesting handwritten document public hello Committee, Section of war, dated 9 Germinal Year II (29 March 1794), in times of terror , conducted on the northern army wars, including the defense of the very strategic channel lescaut against the English. 3-page document, beautiful sticker \We received colleagues your letter haye du29 Ventose, to which was attached the one you wrote General garnish of Flushing [common Dutch with a strategic position between lescaut and the North Sea] political reasons always requires that you have a imposing force in lille valcheren [walcheren, Zeeland island in the Netherlands, bordered by the north sea and lescaut] to take the entrance to the entrance of lescaut mouth on which is Flushing.

You have to feel that English will make the greatest efforts to seize sen and as we are not the masters of a river that can rival the Thames, the gains of the last campaign will be of little use; we think so, dear colleagues, that it is necessary to lille valcheren in the best state of defense, and dy hold a force that can keep exclusively in case the agreement and decide on. \Jean Baptist Marie lacombe, known as the chairman of the Revolutionary Military Committee of burgundy in terror. The item \The seller is \This article can be shipped worldwide.