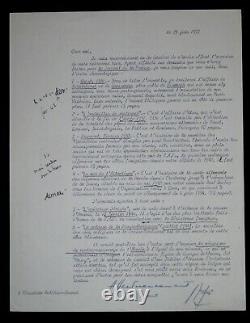 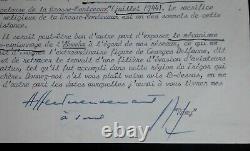 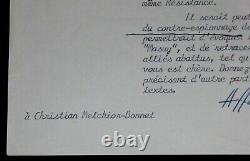 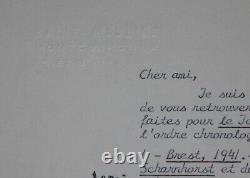 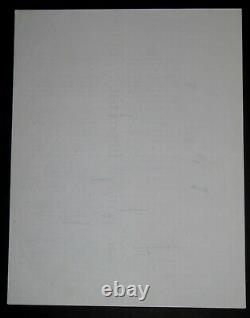 Gilbert renault says Colonel remy. Signed letter tapuscrit autograph, intended for Christian melchior bonet and dated 23 June 1971. Letter concerning the Second World War 39-45, he gave elements to complete the forthcoming book the newspaper of the france tracing the cases of resistance he had conducted during the Second World War. Hand-made signature and annotation at the bottom of the page.

State: there are black ink annotations on the left side. Colonel Rémy, by his real name Gilbert Renault, born on August 6, 1904 on valves and died on July 29, 1984 in guingamp, was one of the most famous French resistance fighters during the Second World War. Christian melchior-bonnet is a man of letters and historian. He was the founding director of the magazine "histeria" and editor and director of the "journal de la france".

Returns accepted by the seller. Ancient books, autograph letters, old papers, engravings, stamps, old photos.. don't hesitate to contact me at 07 82 69 98 28. Thank you for your visit.

This item is in the category "books, bd, magazines\old books, collection". The seller is "lartdelivre" and is located in this country: fr.