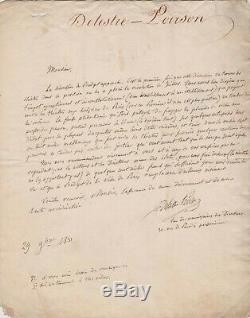 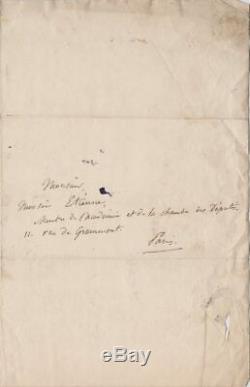 This is the first time that this discussion will find the theater in the position or placed them the July Revolution. We have reason to hope that the exceptional and unconstitutional tax (from institution to institution) that are still paying the theaters to the hospitals of Paris (as in the provinces, it is no longer matter) will fall by itself. The false philanthropy pretext to hit the pleasures of the rich to benefit the poor, claims to collect tithes (the tenth gross) for some companies out of state for most of their same pay pressing debts, and keep in misery seven or eight thousand unfortunate that do live theaters to rescue hundreds of poor people will not stand against the righteousness which is above all the charges are equal. We strongly recommend to you and those of your colleagues who do not watch the actors and directors as helots, to make us loads (the department is not opposing it) a few hundred thousand francs which would be sufficient for you make the seen and the budget of the city of Paris also replace easily. If you need information I am entirely at your orders. Very small tears without damage to the text.

Charles Gaspard Poirson said delestre-Poirson, is a playwright and theater director French. Son of a geographer Jean-Baptiste Poirson, he added to his name that of his mother, delestre. Charles-Guillaume Etienne is a French playwright.

This is an authentic letter. This letter was accompanied by a fact sheet including a transcript. Bills and cards we issue taken as a warranty certificate.

France free shipping Private carrier on request. Shiltonson autograph letters & historic documents. The item \The seller is \This article can be shipped worldwide.