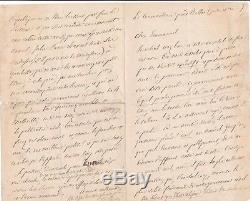 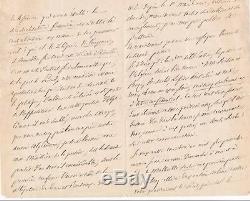 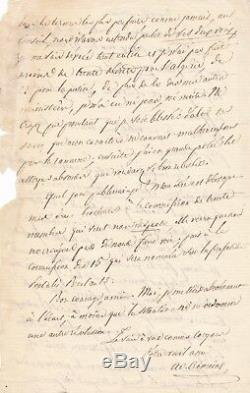 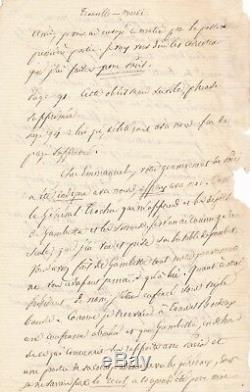 He is largely at odds with the political leadership of the republic, especially in Algeria. [after February 1871], the commandery near ballan (indre-et-loire). Several personality names are mentioned.

Ephemeral governor of the bank of France. \Has been in this word.

\And he clearly acted as he spoke. By decree decree, he appointed governor general. [this is louis henri de gueydon].

Who speaks bravely and publicly in a speech of apparat against our decree. It is already a great evil, but it does the most of one. Reverses the most solid foundation of our government with a decree that destroys the decree of February 4 that established financial decentralization and re-establishes centralization in the hands of its civilian governor to whom he delegates. \Picard would have had a more enlightened policy. \This is the second part of a considerable amount of work, the first of which contains the austere work of the Tour and Bordeaux delegation. It is drawn since last May 1. To the room but in front of all the anger and blindness I do not want to publish and I wait. And now I'm going to explain the second part. \[there are 4 names of deputies who are quoted]. Will each receive a copy \I recommend you, as. Four of them, an absolute secret on this communication. \I will send you Sunday to you and Leon de Malleville.

You will read it: it has two or three anger against your government of Paris, which has killed the republic by not allowing elections to be held and which has been routinely angry with us. Trouville, undated [after February 1871].

Tear and erase ink with loss of at least one word on the right edge. Interesting letter in which, for various reasons unidentified, creamy (who was delegated \The letter also mentions a case of \Dear emmanuel, your government of Paris has been unworthy of us, frightful with me. I only knew one that I saw and took on the table of Gambetta. You had made Gambetta our whole government, never leaning on him alone. As for the president by name, I was ...

As I found in Tours and Bordeaux an absolute confidence and that gambetta, apart from this concerned his relationship with Paris and part of his correspondence with the generals, which I do not I did not know the concealment, has always been for me in the most perfect terms, as ever, on the council, we have heard of these two voices. I spent my whole life, and I did not make less than thirty decrees for Algeria, twenty-two for justice, and more than twenty in my other ministry; I had neither merit nor merit. Do not think I'm hurt.

First you know that my character unfortunately does not know the grudge ... \Me, I do not want absolutely the difference, unless the situation is biting another revolution. The item \The seller is \This item can be delivered anywhere in the world.