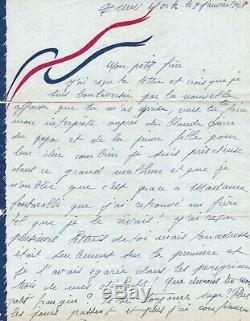 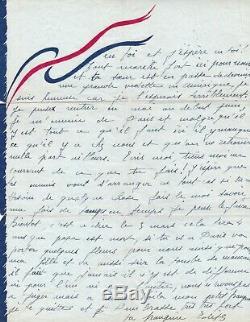 Very beautiful autograph letter signed by Edith Piaf addressed to his brother Herbert Gassion. Letter of 2 pages on 2 sheets recto dated January 9, 1948 and sent by edith since new-york envelope preserved ... Very moving letter in which edith gives to his little brother herbert ... In the beginning of 2nd page edith reveals to herbert .

Your sister is fast becoming a star in America. Edith talks about her father, her daughter who died in 1935 and her mother at the end of the letter. Soon, ie March 3, it will be 4 years that daddy died, if you are in Paris will carry some flowers .... and also goes to the grave of mom should not there is ever difference neither for the one nor the other ....

the letters of edith to his brother are extremely rare ..... See the 3 scans for the state of the letter ..... Thank you for take this into account before buying. I offer the port for any payment by transfer thank you.